In the United States and Europe, the Leishmaniasis parasite found in dogs is Leishmania infantum (Duprey et al.,2006). In tropical regions of the world, this infection is spread by bites from Phlebotomus sandflies that suck blood from an infected dog or person and transmit the parasite to another person or animal. The parasite enters white blood cells present underneath the skin and get into the blood stream. They then multiply within cells in the spleen and liver, resulting in a chronic condition characterized by weight loss, tiredness, decreased appetite, and anemia (Petersen, 2009).

In the United States, sandflies are present in many areas with cases of canine VL, but there have not been any Leishmania-infected sand flies trapped in areas around kennels. This results in the primary means of transmission being from infected dams to their offspring, as well as through blood to blood contact through wound and biting (Boggiatto et al, 2011 in press). It is possible that sexual transmission occurs between infected males and females as the parasite cannot survive in an environment outside of the vector or host for over a few seconds. In the United States, there has not been any cases of hound to human spread of Leishmaniasis.

The effects of the infection can be seen in the spleen, liver, and lymph nodes become enlarged and through abnormalities in blood work. Additionally, those infected may experience bleeding disorders that cause bloody noses or blood in the stool. In later stages of the disease, increasingly severe issues may arise such as kidney failure.

In infected and symptomatic dogs, crusty skin disease may arise and is characterized by non-itchy, raised reddish bumpy areas near the eyes or on the face, ears, axillary regions, or feet. Dogs also can develop abnormally long, brittle nails. Co-infection with other diseases such as intestinal worms, tick-borne diseases and additional stresses such as pregnancy, poor nutrition, overexertion, and being lower in the kennel pecking order can trigger appearance of clinical signs. 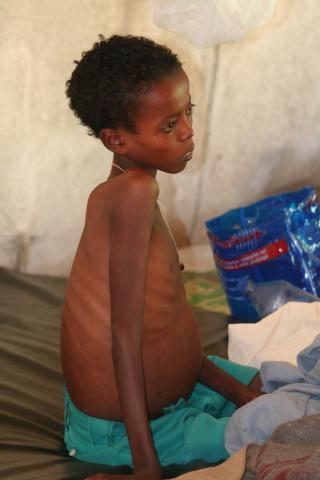 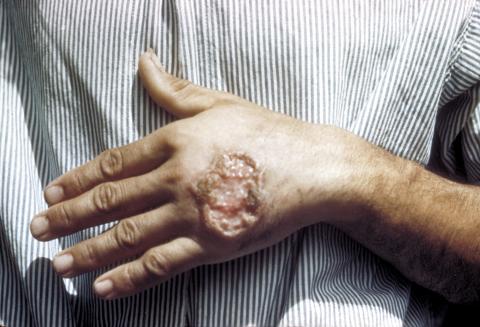